In the modern hospitality industry, a relatively new source of attracting customers is the establishment of casino hotels. Particularly interesting is the experience gained in the United States. Since 1991 gambling has become the fastest-growing sector of the entertainment industry in this country and is now legal in more than thirty states. Symbolically, the biggest hotel in the world is the MGM Grand in Las Vegas.

Among the factors that made state authorities go for legalizing the business and not opposing its development were primarily economic ones: the need to find new sources of income, the need to employ people and stimulate tourism (it should be noted that, for example, in 1991 casinos in Atlantic City brought in 3.4 billion dollars in net income and employed 49,000 people).

Compared to conventional hotels, casino hotels guarantee a strong cash flow and a high level of profitability. Due to their specific nature, they also have a high occupancy rate. For example, in Las Vegas the average annual occupancy rate in city hotels is more than 84%.

As early as 1970 Conrad Hilton felt that casinos should become the most profitable segment of the hospitality industry. He bought a controlling interest in the Flamingo and the International Hotel, now known as the Las Vegas Hilton. At the time it was the world’s largest casino with 3,716m2 of gaming floor space. The Hilton Hotels Corporation, now one of the leading hotel companies in the world, gets 2/3 of its revenue from casinos including the Flamingo, Hiltons and Las Vegas Hilton in Las Vegas, the Flamingo Hotel in Loglini, 2 hotels in Reno as well as 2 floating casinos in the Midwest. Through its branches, it operates casinos in Queensland, Australia and in 12 other countries including Turkey, Indonesia, Egypt, Hong Kong, Greece, Belgium, the UK, Malaysia and Uruguay.

How casino hotels can survive the competition

Today, in order to survive in the competition, casino hotels cannot rely solely on those who play roulette. Las Vegas, for example, promotes itself in the minds of the general public as a family leisure centre. Thanks to revenues from the gambling table hotels in Las Vegas are able to offer their guests services of a perceptibly higher quality and at a lower price than competing hotels in cities such as Orlando with Disneyland. Las Vegas casinos are resort-style chic and homey. The MGM casino advertisement says “There’s no place like home”. To justify this slogan, the casino, in addition to gambling tables, offers children’s entertainment centres, themed and extravagant shows with popular artists, etc.

MGM Hotel Casino opened in December 1993. It has 5505 rooms, of which 744 are suites. It has a total of 175,000 square feet of gaming space. There are 8 themed restaurants, an entertainment complex (including a theatre seating 1,700), a casino and a 1,475 sq ft attraction hall, as well as 14050 seats for special events (concerts, sporting events, exhibitions and conventions).

Circus Circus is renowned for its ability to attract the average Las Vegas, Reno and Loglin visitor. The four thousand room Excalibur Hotel is almost always 100% full thanks to its modest room and restaurant rates.

Another major hotel, Luxor, has 2,526 rooms and is located near Excalibur. Its outline resembles a pyramid, with attractions including time-travel from Ancient Egypt to the present day, the Valley of the Kings and a stroll along the Nile.

The product of the hospitality industry is a complex of physical, social and emotional components. Hospitality is much more than just accommodation. It must include the physical atmosphere, cleanliness and a sense of competence of the staff. A modern hotel should be a haven of peace, a home away from home.

Each segment of the hospitality industry provides a product that is perceived together with different elements. Hospitality is about caring for the guest and listening to the client’s needs – subtle but so obvious traits in staff behaviour, it is the element that makes the client’s memories more enjoyable and the experience more memorable. A person who crosses the hotel threshold without feeling cared for is a consumer rather than a guest, a beggar rather than a regular customer, an inanimate object rather than a person.

Opinion polls conducted in the late 1960s and early 1970s indicated that there was a perception among managers, service staff and customers that good service was a thing of the past and that customer dissatisfaction with service was merely a payment for expediency and cost-effectiveness.

Hospitality in customer relations has been forgotten by many and has become one of the lost arts. The explanation for this is sought in employee behaviour, ignoring customer needs and/or management’s excessive interest in making a profit. 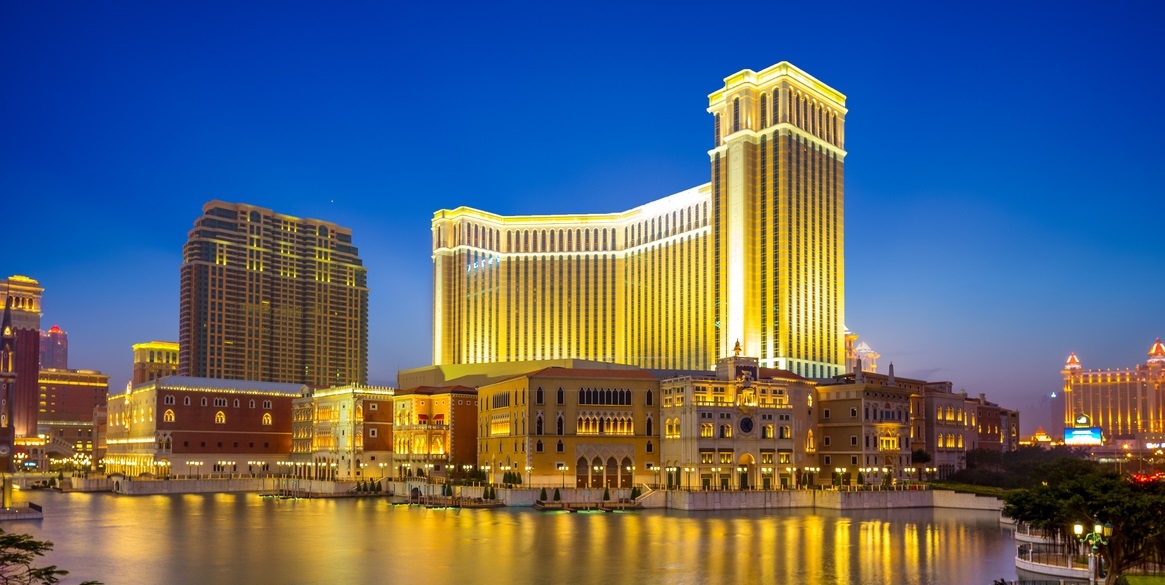 The list of such ‘reasons’ is endless. The outward obviousness of this misconception has led to a minimisation of all contact between customers and service staff. A passion for technological innovation led to the belief that all contact between customers and service personnel had to be minimised, as this would also solve the problem of politeness and hospitality once and for all.

Thus began the era of self-service, triggered by the trend towards replacing employees with machines. Thanks to new technology, it became possible to feed thousands of people quickly, get statistics on food prices and occupancy rates in a few minutes, book a room at any hotel in the world in the shortest possible time and so on. However, customers have not embraced this trend, and there is now plenty of evidence that the hospitality industry is reconsidering its stance on the issue. Far from being dead, hospitality is becoming a symbol.

It is difficult to give a complete and precise definition of hospitality behaviour. Hospitality is difficult to measure or incorporate into curricula. It is learned by the quality of service, not by the level of training or experience. However, the right training gives the employee the skills needed to create an environment in which hospitality can manifest itself. For example, an employee’s awareness of all matters relating to the company itself, its immediate surroundings, even without the overt manifestation of hospitality, creates a feeling of homeliness for the guest.

Hospitality officer training should include learning about the characteristics of guests who use the hotel’s services. The staff member is likely to be more attentive to them if they know that the guests arriving this evening have travelled for an extended period of time. And that they will be so fatigued by the journey that they will certainly need attentive and caring service, as they simply cannot endure the long processing time.

The relationship between training and hospitality can perhaps best be illustrated by the interaction between an employee and a foreign guest. Communication, in which there is an opportunity to show hospitality and respect, cannot take place if the employee does not have at least a basic understanding of the language of the people, the cultural background and the traditions of the guest’s country. An employee’s sincere desire to be helpful and hospitable is not enough.

Knowing from the first word or even a hint when some additional service is required, the employee must have sufficient professionalism and authority to change the traditional course of events themselves, i.e. to be able to react to the situation in such a way that it is considered by the guest as hospitality.

A clear division of responsibilities between employees is normal and necessary. Without a clear division of labour, the normal functioning of a hotel is not possible. However, management and staff must understand that a reasonable guest request is the law and must be strictly adhered to. The duty and ability to anticipate, recognise and meet guests’ legitimate needs is so fundamental to the hospitality industry that it cannot be seen as the duty of any one employee alone. Hospitality must be provided throughout the hotel around the clock and by all employees without exception.

Any attempt to limit hospitality or to assign it as a permanent duty to a single employee is doomed to failure. Hospitality requires a common concern for the guest by all employees. In the face of opposition, it is difficult to organise even basic service, let alone hospitality. It should be noted that mechanical, electrical and other equipment that create amenities without human involvement can also affect the atmosphere of hospitality in a hotel. Poorly functioning equipment, whether it’s a leaky faucet and creaky bed, cracked glass, errors in the bill or dirty curtains, are all visible and an obvious display of indifference to the guest. Worse, such conditions destroy the staff’s ability to show hospitality. An employee who knows that the next morning will bring him nothing but more guest complaints is unable to work to his full potential. 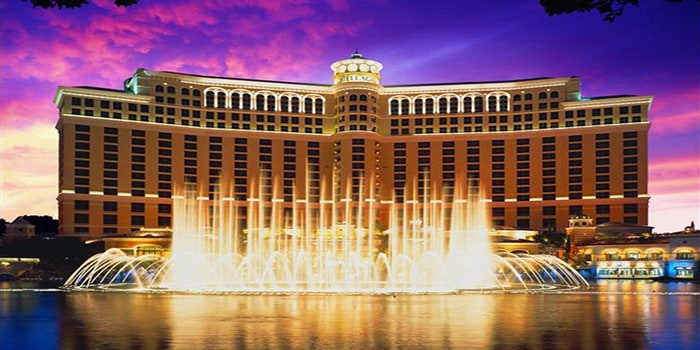 The various products distributed in the hotel also require attention in terms of hospitality. Guests are very flattered by all the desk information, brochures and various signs. The atmosphere of hospitality is severely tested if a guest is forced to ask where the toilet is from an employee whose face clearly expresses that he is tired of answering such questions over and over again. Similarly, the atmosphere of hospitality can be completely ruined if guests walk down the corridor and see a supervisor order on the door of one of the rooms: ‘Maid, clean this room immediately’. The insincerity and hypocrisy of a manager who does not smile at guests but communicates with staff in an intemperate manner will be immediately obvious.

Thus, the role of management is also important in creating an atmosphere of hospitality. The actions of management, from deciding to fire an employee to imposing and maintaining certain quality standards, somehow affect the level of hospitality indirectly through the staff. Managers are therefore directly responsible for creating a team atmosphere that is conducive to welcoming guests.

However, managers are not only responsible for creating such an atmosphere. The responsibility for creating a good hotel climate must be shared equally among all employees. Obviously, each member of staff, by freely expressing his or her feelings, influences the atmosphere in which all staff work and can create the conditions in which a climate of hospitality emerges or disappears.

A big negative impact on a guest is feelings of irritation and resentment that are clearly evident towards them, even if the staff member has tried to hide them. The solution to the relationship problem lies in behavioural change, not additional training. There are many programmes aimed at changing employee behaviour by increasing personal interest in showing hospitality. These programmes also seek to identify and reduce the stressful situations employees find themselves in the workplace. Stress kills hospitality, and hospitality workers are precisely at the epicentre of stress.